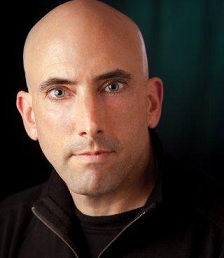 Jonathan Blank is an award-winning writer, filmmaker, and creative technologist. He has spent over 25 years studying high-level martial arts, meditation, Eastern philosophy and esoteric metaphysical practices with many remarkable teachers in the US, Asia and Europe.
Jonathan took the first steps on his Taoist journey as a teenager and has continued along that path to this day. In 1996 he met Dr. Liu and has been learning and practicing Dragon Gate Taoism ever since.
Jonathan has a BA and an MFA from Columbia University in New York.
For more information visit: www.jonathanblank.com 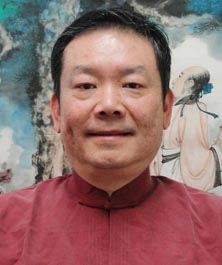 Dr. Steve Liu grew up in Taiwan and began studying Taoism as a boy. In his 20s, he met White Crane, the 13th Master of the Dragon Gate school of Taoism in Taiwan. After many years of study and passing a series of rigorous trials, Dr. Liu became the 14th generation master of the system.
Dr. Liu is a graduate of Hu-Bei College of Chinese Traditional Medicine and is a licensed acupuncturist, currently seeing patients and developing new healing herbs and technologies at his Golden Life Acupuncture Center in Los Angeles, California.
For more information visit: www.goldenliving.us